I havent reviewed the recently released Minis because, for whatever reason, they cant be played on my PlayStation Vita. Fortunately, most of the SCEE Minis released last week are compatible with the Vita. L.A. Gridlock is one of those Minis that managed to sneak up on us, without much PR. Actually, the ever mysterious forum poster Grayback (conspiracy theory suggests he/she is a gaming industry insider) posted a link in the forums a couple of months ago regarding this game. We were not able to report on it in the main blog because the source was in French, and Googles translation engine might have wrongly translated the news snippet. We know now, though, that L.A. Gridlock is a tower defense game. TD games in the Minis program were aplenty back in 2010 but then died down. Now, it seems like they are having a comeback, with this and Defenders of the Mystic Garden (review forthcoming). But what separates L.A. Gridlock from the rest of the TD games is its use of a realistic setting: Los Angeles! Instead of installing towers, magical creatures, wizards, knights, or any other D&D archetypes, you place police units on the sides of the street. Then thugs and criminals on their rides cruise down into the area and bump into innocent citizens until they are reduced to smithereens. You wont be defending a certain structure located in the center of the level; instead, you must provide safe journey to the citizens. Even Im confused by what Ive written, but the objective of the game is keeping the paths safe, unlike the usual protecting the heart of something. There is a meter on the left side of the screen; it goes up when chaos occurs, and once it is filled, it is game over. It builds up when cars blow up and tempers down when bad guys explode. Motorists and the thugs come in from an entrance point, meander through the city and proceed to the exits. You must keep the innocents alive and destroy the thugs, not letting them escape.
​ 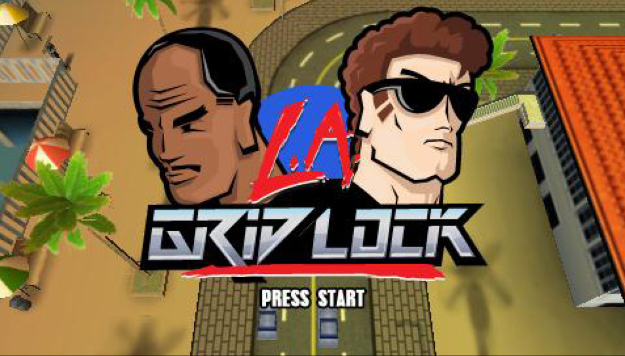 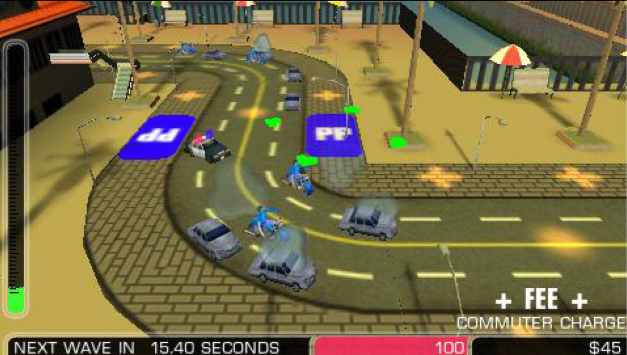 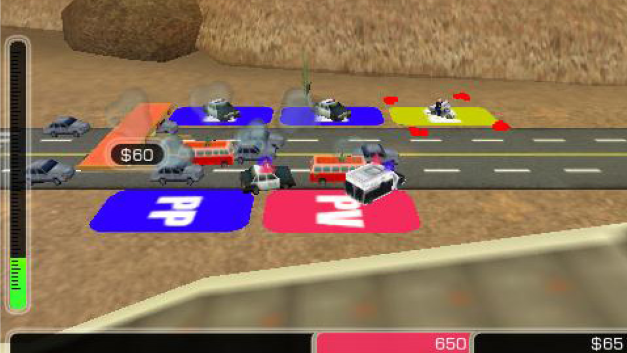