Back in the old arcade days of the 80s, one of the more popular games was Taitos Qix. You controlled a little ship the moved around the edges of the screen and ventured forth from there to cut out slices of the playing field, while trying to avoid getting touched by something or other shooting at your path. While I never particularly liked it, apparently many developers of Minis did enjoy it, as weve seen a few Qix clonesCubixx, Urbanix, and Fortix. Besides all being inspired by Qix, they also all use the same naming scheme, the first part of the name hinting at the twist over the original Qix. In Fortix, the twist is that the thing you move around is a little knight, trying to capture forts, while being shot at by catapults and avoiding dragons flying around as dragons are wont to do. The original Fortix was very well done and well received, so its not too surprising that its been followed up by a sequel, Knight Fortix 2 (Im not sure where the Knight in the name came from).
​ 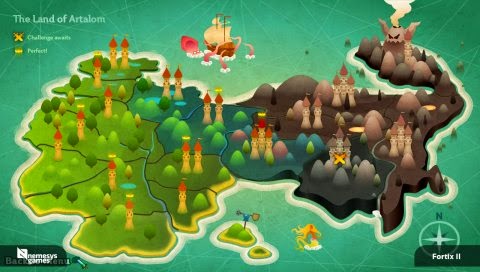 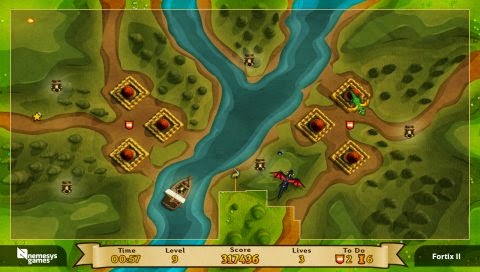 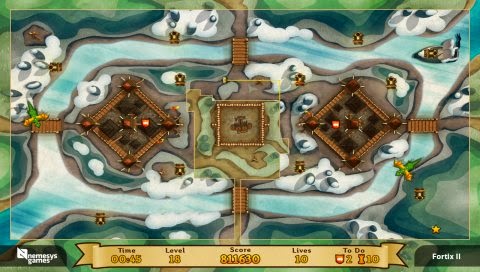