Ikari Warriors is a run and gun arcade game from SNK, originally released in 1985, and now ported to the Minis platform by G1M2. The gameplay consists of controlling a soldier that slowly marches upwards through a battlefield landscape, complete with dozens of enemy soldiers, tanks, pill boxes, forts, traps, and so forth. You start off with only a gun and grenades, but as you move through the terrain, you come across tanks you can enter. This sort of game was popularized by Commando from Capcom (also from 1985), but as far as I know, the basic gameplay dates to Taitos Front Line of a few years earlier (which received a Colecovision port that was a favorite of mine as a kid). Ive always called games like this Rambo games, because that movie created something of a fad in popular culture, which also spawned the Chuck Norris Missing in Action movies, popularized Soldier of Fortune magazine, and inspired a myriad of other things, including games like this (and Guerrilla War, also from SNK, a couple years later).
​ 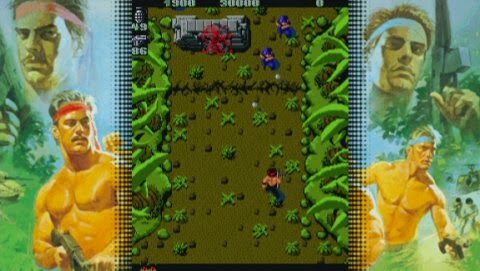 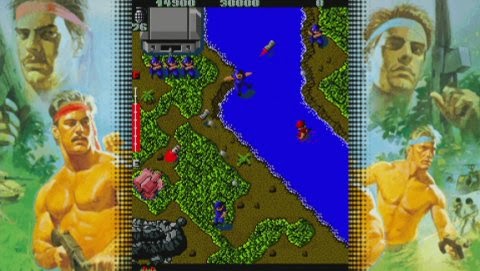 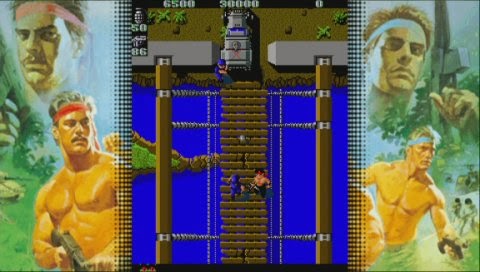