Ice Road Truckers is a mini based on the History channel series of the same name about those hardy truckin folks who haul massive 18-wheel rigs around the isolated outposts north of the Arctic Circle. Although its billed as a racing game, theres not really any racing against other trucks as such, youre mainly racing against the clock to make it to the next checkpoint in time. You do occasionally meet other trucks on the road, but their main threat is in forcing you off the narrow paths as you try to skirt around the lumbering beasts with your own lumbering beast. There are 15 ice roads to unlock in total, with each one supposedly getting progressively more difficult, although it has to be said that once youve mastered the challenge of controlling your truck on the ice, it wont take you too long to unlock them all, and theyre all fairly similar. Lots of snow and ice! You unlock new roads by earning money for getting your cargo to its destination within the time limit. The faster you reach your destination the more money youll earn to go towards unlocking the next highway. There are also 5 trucks to unlock, all with differing degrees of Acceleration, Speed, Handling and Loading. You can unlock them by earning Ice tyres for finishing either first second or third on each highways leaderboard. Unlike some games, youll find that the upgrades do make a real difference, certainly in terms of handling and speed. Theres not much to the controls at all: simply press X to accelerate and Square to brake, although most of the time the brake is really not much use on the ice, and dont even think about trying to reverse on the snow! Use either the directional buttons or the analog stick to guide the truck; I actually found it easier to control with gentle taps on the left and right directional buttons than using the analog stick. Some critics have complained about the handling, but I actually think its just realistic handling. The truck slips a little on the ice as you might expect, and is almost impossible to drive in the snow should you venture off the path, much like in real life. Theyre 18-wheel trucks driving on snow and ice  theyre going to be a little sluggish and you cant expect them to handle like a sports car on smooth tarmac, for example. If you press Select you can toggle through the five different views, which are from just behind the cab, first person, sideways (very difficult!), front on (ditto), and top down. The runs are all pretty straightforward, with the only real hazards being the occasional stretch of thin ice, where a sort of mini game kicks in where you must keep your speed down to within the green zone on the speedometer to prevent the ice breaking, while not slowing down so much that you dont make your deadline. Overall, Ice Road Truckers kind of reminds me of an old PlayStation game, with the fairly basic graphics and occasional graphical glitches, such as the way in which your truck sometimes gets stuck in the middle of the scenery. But despite all that, I still really enjoyed playing it for a short time. In terms of improvements, it could have done with a little interaction with the other truckers though, and maybe some sense that you were actually carrying a cargo and dropping it off, maybe there could have been a cargo loading stage added to provide a bit more variety rather than simply navigating the treacherous roads, but thats probably asking for a bit too much from a mini. The big question is though, once youve unlocked all 15 ice roads will you still want to keep going back to beat your own scores? Possibly not, but Im sure Ill still be playing it a week or so from now, and its actually a lot of fun going back to some of the earlier levels once youve unlocked the best truck. If youre thinking about buying Ice Road Truckers, Id say that if it looks like something that might appeal to you, go for it, because the chances are youll probably get a couple of weeks enjoyable play out of it.
​ 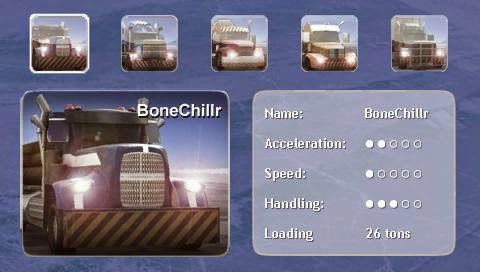 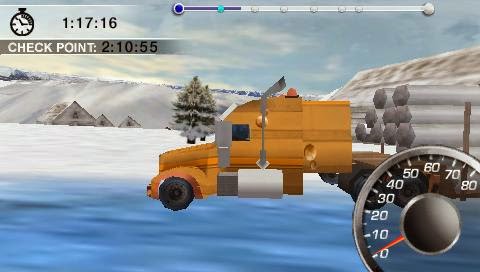 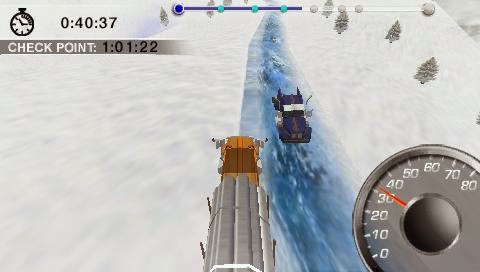