Featuring ten circuits in five mythological fantasy settings, Heracles: Chariot Racing lets players take control of one of nine gods or legendary creatures from Heracles to Poseidon as they race to become Champion Charioteer. Our hero Heracles has to undertake a challenge that none before him have survived  a chariot racing tournament. To win a series of sacred trophies and be crowned Champion Charioteer our hero has to race across mythological kingdoms against some of the most feared monsters in existence. The objectives are simple, survive the battles and race against some of the most fearsome and inventive foes in Greek mythology. Select a character and let fate, skill and ability decide the outcome! Heracles Chariot Racing is an exciting journey into a mystical and colourful word of danger spiced with excitement, awesome weapons laced with humour. Featuring Championship, Single Race and Time Trial, players are the master of their own destinies, but with the divine actions of Gods they will require both skill and an element of luck to be crowned champions. Featuring 3 racing cups across 10 courses based on mythological fantasy settings including Nemean Lion, Realm of Hades, The Augean Stables, Stymphalian Lake and Mount Olympus, players select a character and race it out using fantasy weaponry including Zeus lightning rods, tridents, fireballs and more against their opponents.
​ 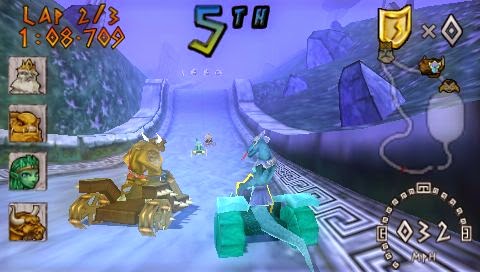 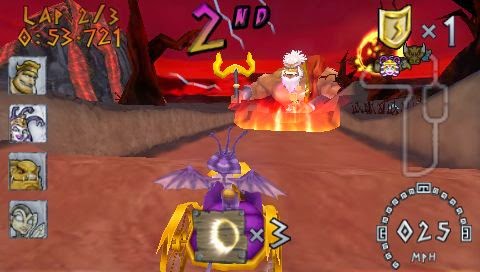 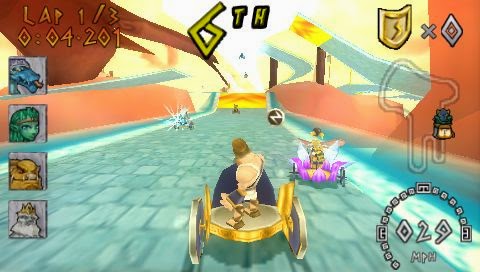