If youve played a lot of Flash-based browser games, youve definitely stumbled upon a game like Galcon Labs. Unfortunately, Ive forgotten the names of those games. There are browser games that are exactly like Galcon Labs in gameplay and premise: interplanetary, galactic conquests! The same formula has also been used with high fantasy and Middle Age settings. So how does Galcon Labs play? Well, at the very core, its like a highly compact, oversimplified Risk in real time. Galcon Labs is not the prettiest among its kind. It probably has the least charm. Nevertheless, theres something unique to the PSP: the lack of a mouse. Call me a sadist, but the innately clunky controls make Galcon Labs a unique game to play even if Ive played it several times before. Click-based casual games, like Janes Hotel and Supermarket Mania, are unimaginable for some to play without a mouse. Supermarket Mania struggled with the transition. In contrast, Janes Hotel, which Beatshapers also ported, had a great control scheme. Likewise, Galcon Labs also features great controls, despite the nature of the game requiring a mouse or at least a touchscreen to make things truly comfortable. Its really difficult to pin down how the game is played without confusing you, so heres my best shot. Galcon Labs is like a math game. Its simple addition and subtraction. Every planet houses a number of ships drawn as triangles. The planets youve conquered are depicted with your color. The number inside each planet indicates how many ships are stationed there. The number of ships continually increases. The bigger the planet, the faster it spawns. You can send forces to your enemys planet to conquer them. Whoever has the larger force wins. There are neutral planets that you can occupy, and they follow the same mechanics as your enemys. Just overwhelm them with ships and youve got them. However, sending 100% of your troops would endanger the planet where they are stationed, as there would be no one left to defend it. I think I may have confused you more. So, below is the gameplay video if you didnt understand what you just read.
​ 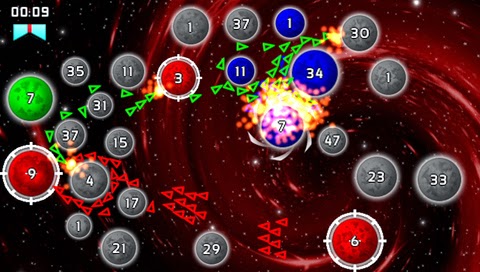 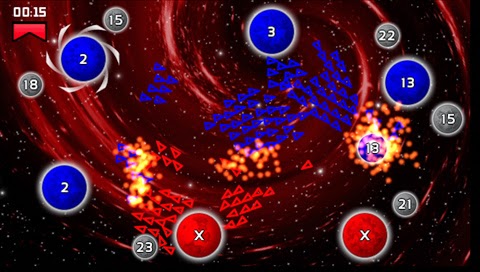 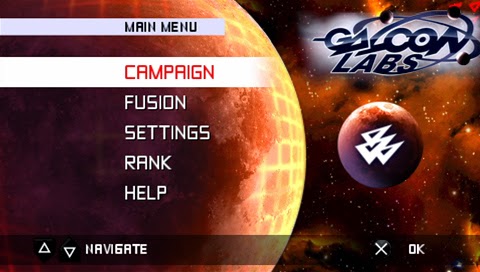