Based in the Hot Shots / Everybodys Games universe of competition and fun, this is a collection of mini-games with various challenges to take up. This complete collection includes 12 mini-games: Karate (chop items that appear from the different sides of the screen), Crazy Farmer (sestroy obstacles on your farm using a tractor), Georama Daisakusen (an action-based game where you use guns, grenades and other weapons to destroy enemy tanks), Home Run (attempt to get the highest home run total in a batting center), Striker (attempt to hit things by kicking a soccer ball), Boxing (attempt to knock out your opponent. You can charge up to increase your attack strength), Hikko Nuki (take control of Minna no Golf character Suzuki in this vegetable-themed puzzle game), Osouji (use a vacuum cleaner to clean up garbage in a fixed amount of time), Pie-nage (throw pies at annoying characters in school, on the train, and in the office), Racing (a high speed race across a totally straight course  your goal is to pass up a set number of cars), Sawai Giri (make use of swords, axes and spears to chop up monsters who appear on your kitchen table in the form of vegetables), and Honnarabe (attempt to organize books that have been placed out of order
​ 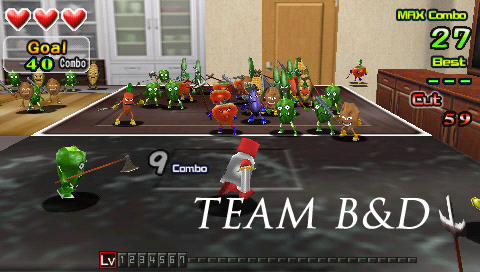 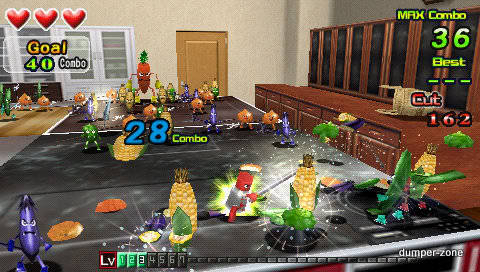 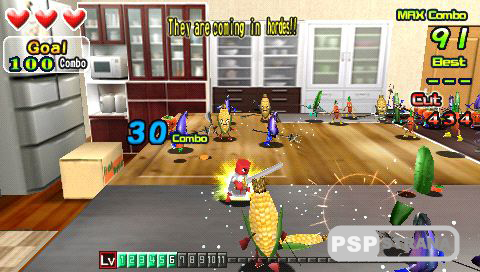